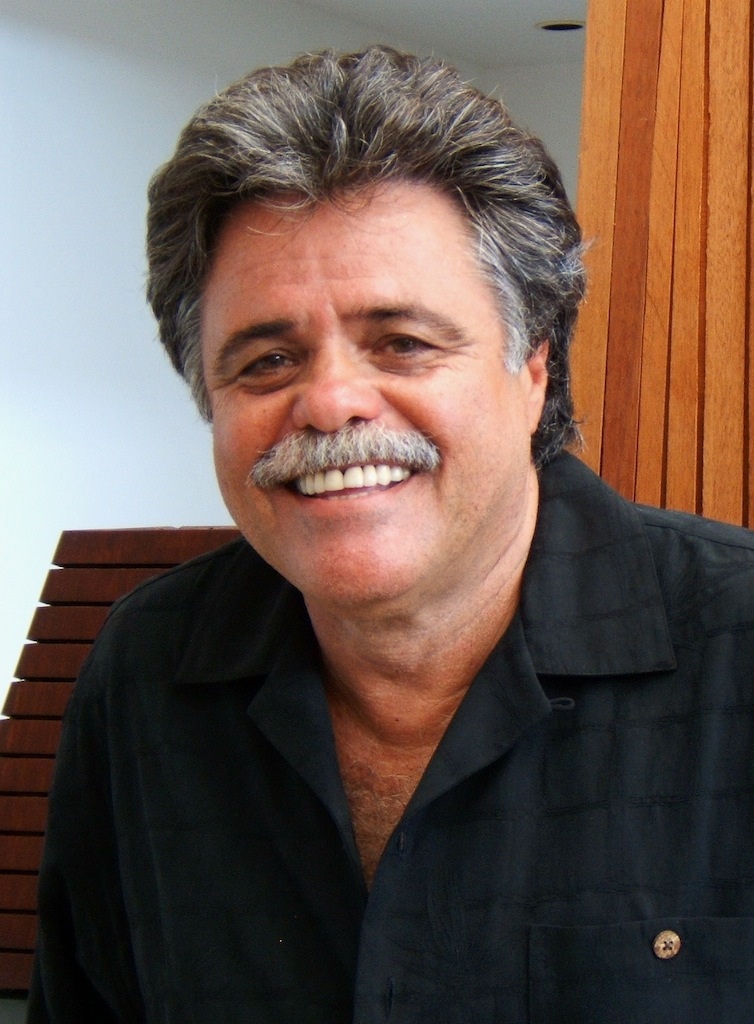 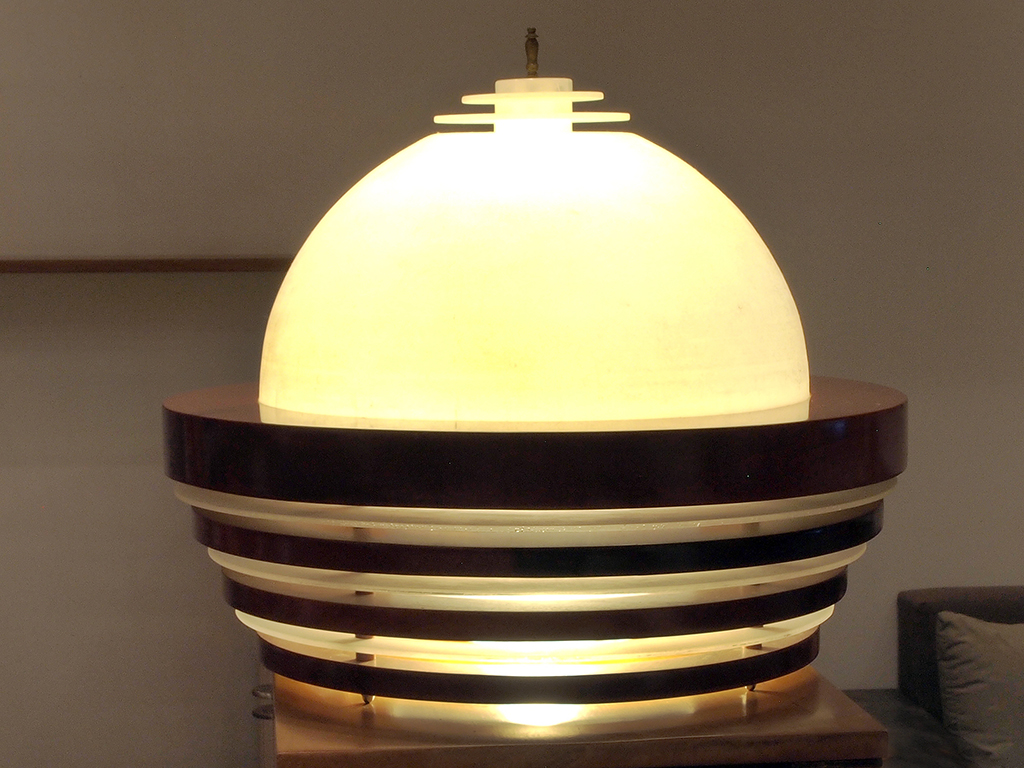 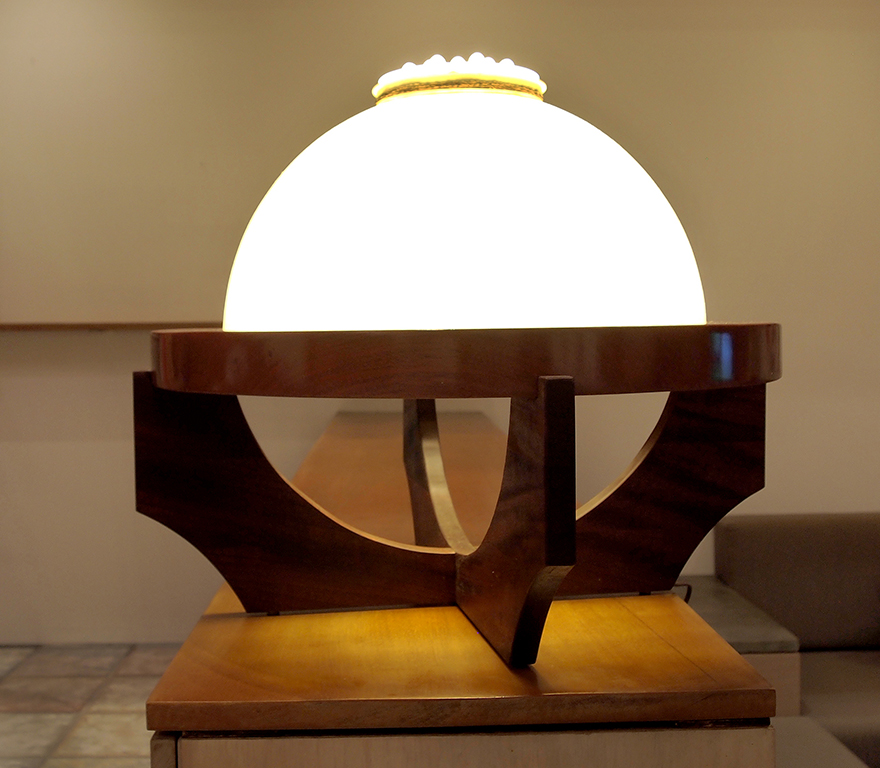 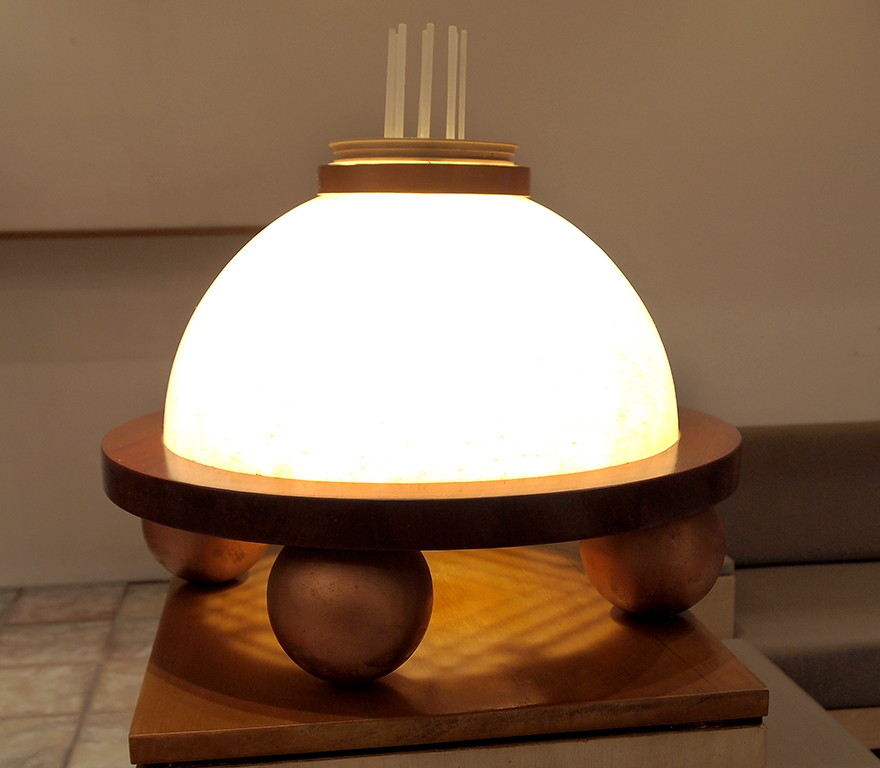 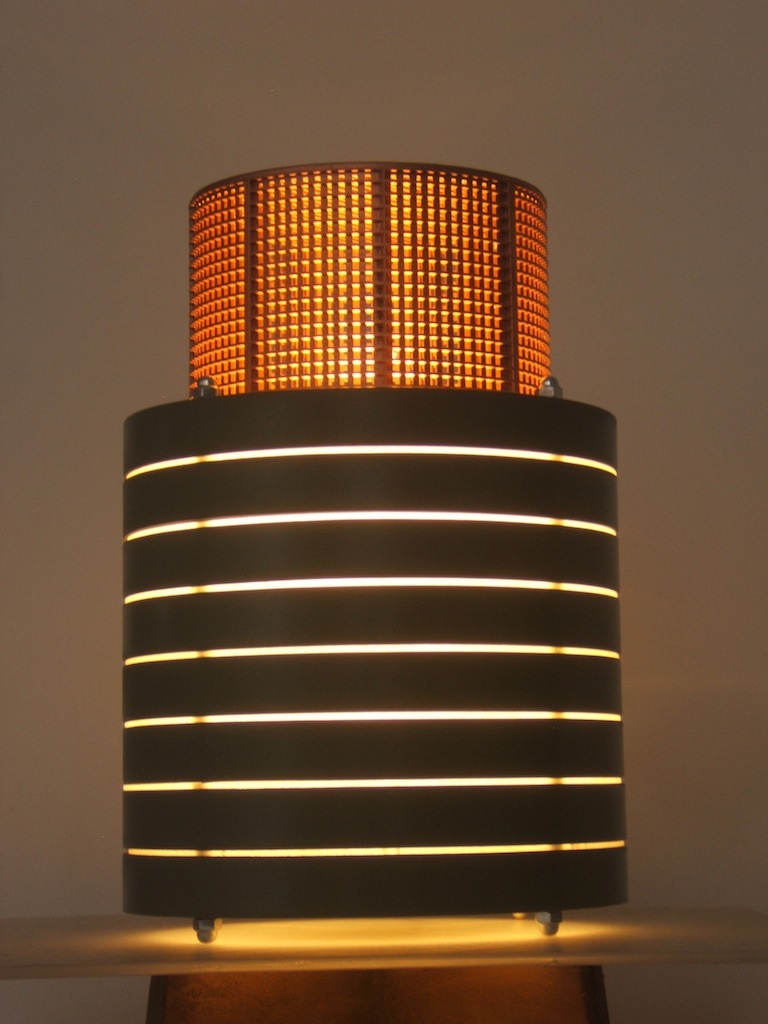 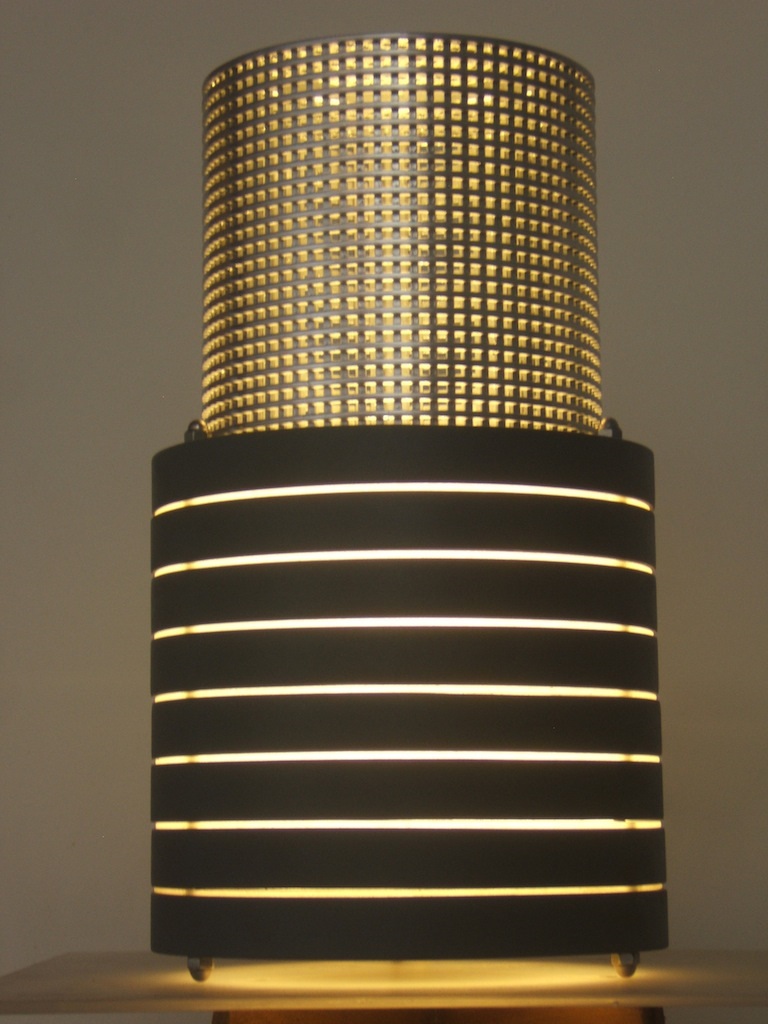 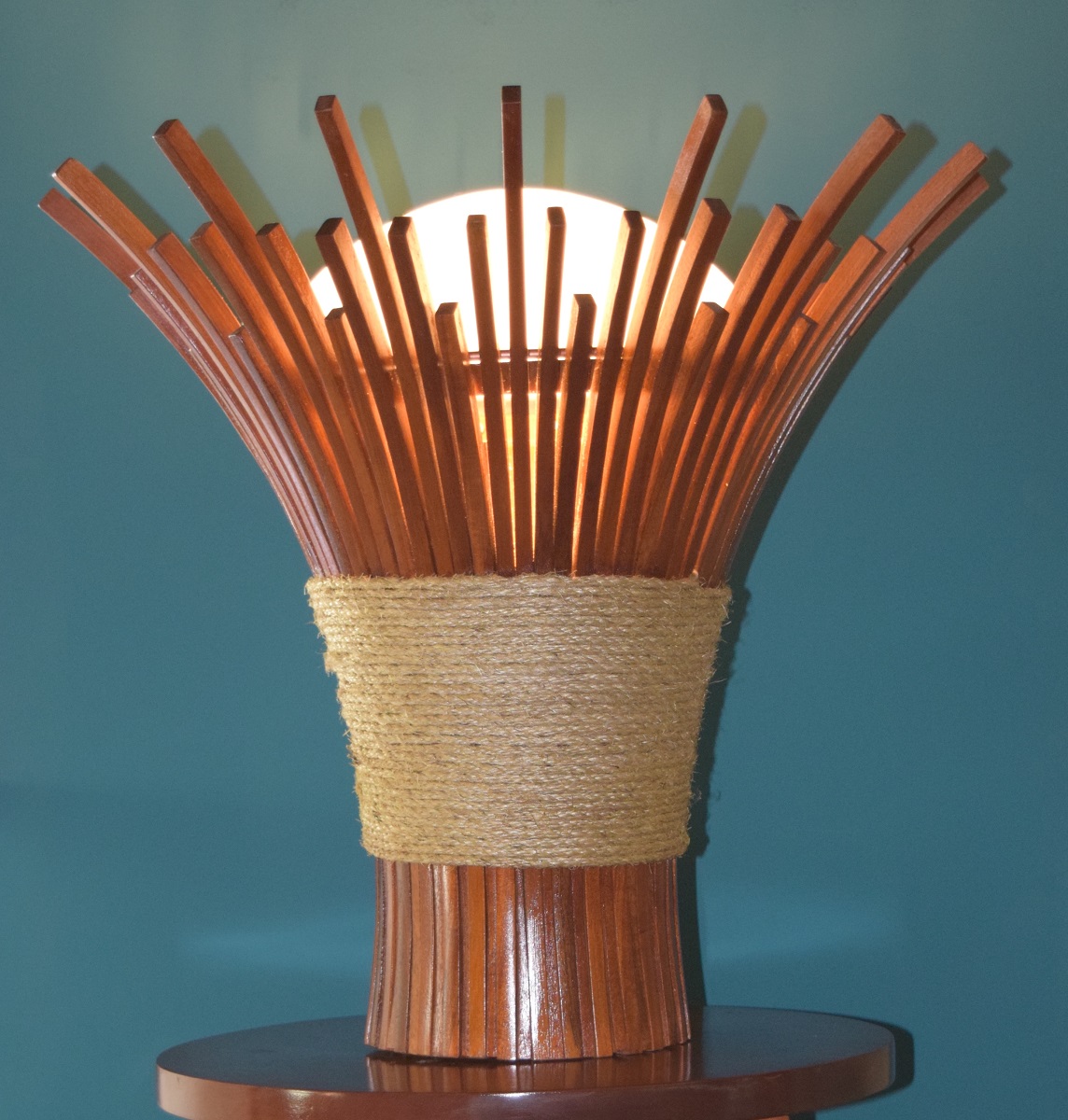 
George and Laura Hollander live on a beautiful bluff, looking at an unobstructed view of Coral Bay, St. John. Like all homes here, it and they, have a story. They first came to St. John in the late 70's, bought land and built a "temporary" shelter. They lived here for a while, but personal reasons drove them back to New York City.

The real move came in 1993, when they decided to complete their home. The world of design and other New York dreams slowed in the early 90's for George and he found himself looking for his next project.  That project would take him back to St. John to complete the home they had envisioned.

He drew and submitted plans to the local building department.  Plans were approved, he hired a crew and the work began. George anticipated the work would take a year, but life soon threw him a curve.  On the last day of de-constructing the scaffold and about 20 feet later, life came to an abrupt halt.  Fortunately, George's instincts broke his fall. He was ferried to the neighbouring island of St. Thomas by fishing boat (the medical boat was out of service).

His wife Laura, still working and supporting this venture, brought him back to the states, where he convalesced in the Greenwich Village area, for the next year. The project went from one year to "who knows when"... Their duplex on the Hudson was comfortable and George made the best of it.

At the time, the west side of Manhattan was being demolished and replaced with a new master plan of bike paths, highway park, new glass buildings and a vision of a very upscale future for Manhattan. The sounds of Manhattan's construction caused George to have dreams of his own Caribbean home under construction.  Every morning he'd wake up to workmen and their machines.  He looked out his window to see the Hudson River, delivering passengers by boat and tugs working up and down the river, all the while dreaming of his own work waiting for him in the Caribbean.

In 1995, the pins were taken out of his ankle on New Year's Eve at Mount Sinai Hospital.  His New Year’s Eve cocktail was anaesthesia. His new daily routine was walking up and down the new promenade to a pool at the new High School built downtown.  It wasn't blue sea and white sand.

Nine months later, September 1995 Hurricane Marilyn hit the U.S. Virgins and caused a massive amount of destruction.  A couple of weeks after Marilyn struck and with renewed effort, George shipped down a new truck, a  new generator, tools to complete his home and other projects as well.

Four years later, George and Laura gave up their duplex in Manhattan and moved into their home on St. John. "I never really imagined the redirections in my life, it seemed to happen instinctively...Maybe I did belong on the other side of that fence."

"With somewhat extreme changes come some very unexpected, wonderful, magical moments." George was the featured artist in the inaugural issue of St. John Magazine, the local St. John Tradewinds Newspaper and other Caribbean based magazines and papers.   Progressive Architecture, New York Magazine, the New York Times, 1001 Decorating Ideas and many other periodicals have shown his work.

Over the years, his lighting sculptures have found their way to galleries and homes in the Caribbean, mainland U.S. and the world. 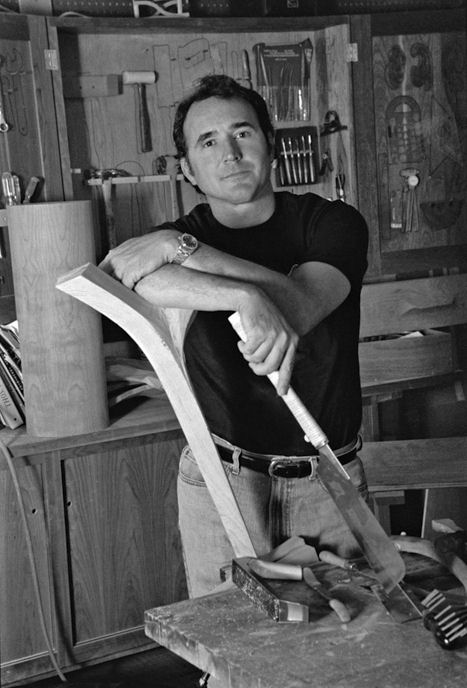 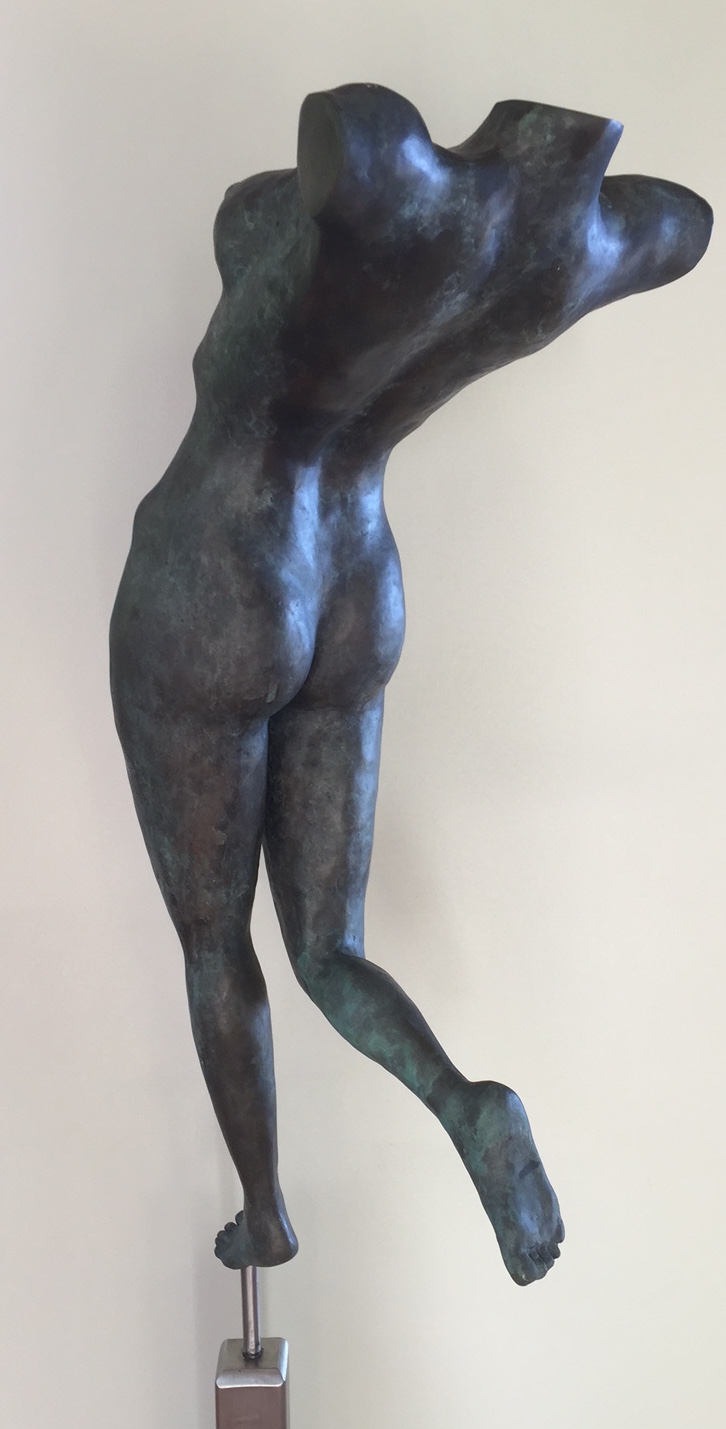 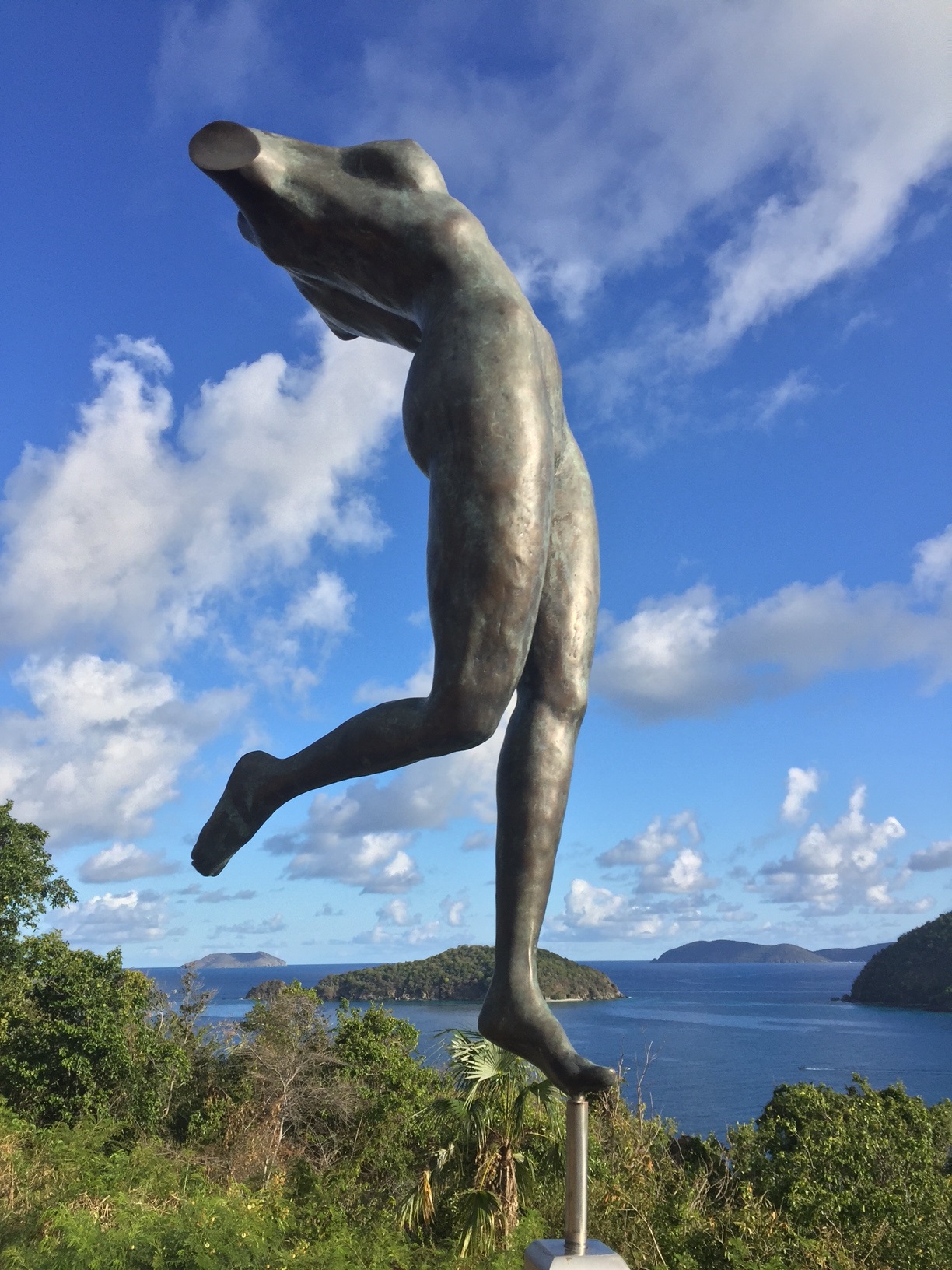 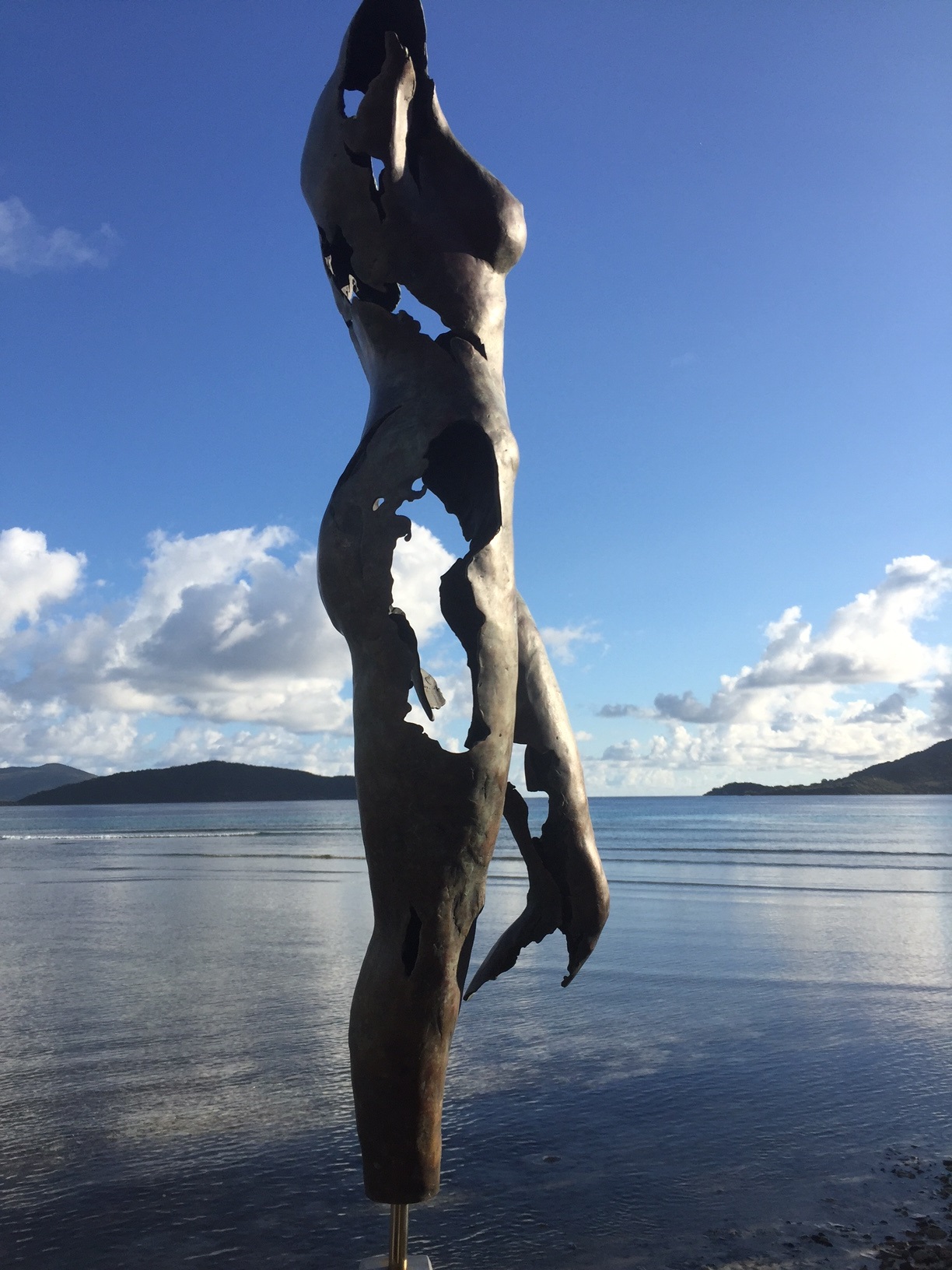 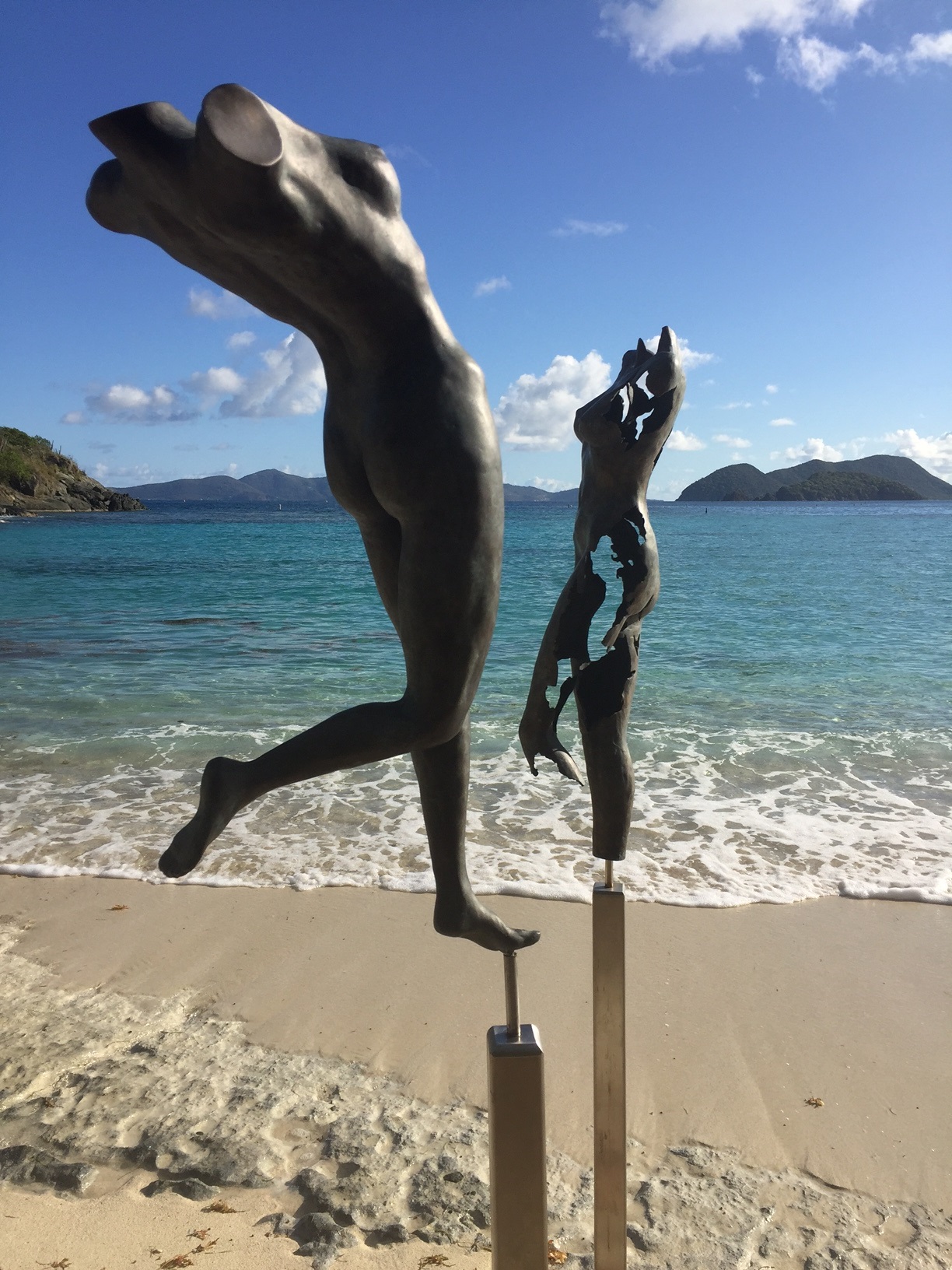 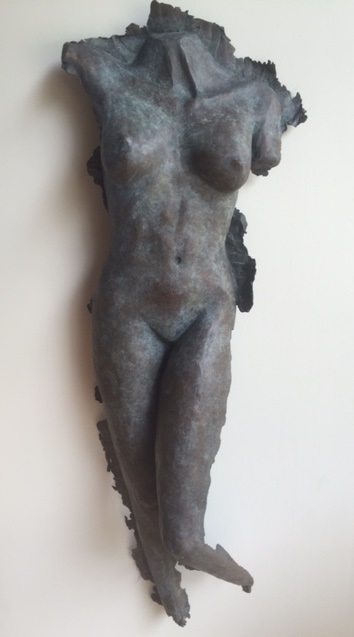 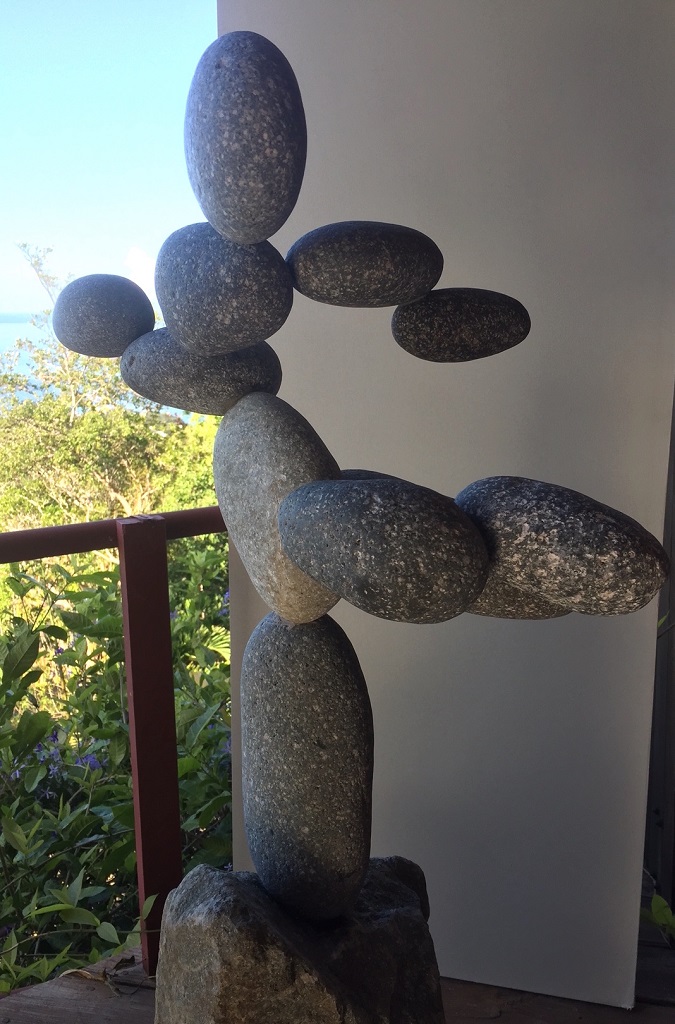 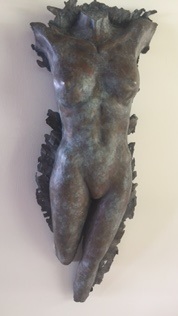 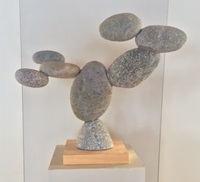 Artist, Craftsman, Designer: for over thirty years David Moser has been all of these.  His passion to build has been the hallmark of his life and career.  Growing up in a family furniture business, David evolved the company’s design aesthetic from his father Tom Moser’s Shaker and Arts and Crafts influences.  David’s creative spirit and forward thinking designs have become internationally recognized.  Indeed, the company’s designs have been requested by two Popes, Presidential Libraries, prominent figures and have been awarded many prestigious design accolades and awards.  About his approach, David says, “I am first an Artist, I see the potential in all material things and coax form from the innocuous.  My skill is that I make rigid materials yield and create fluid forms.”

As a Craftsman David is as gifted in other mediums as he is in wood.  Showing at Kimberly Boulon Fine Art Gallery beginning April 29th will be on display some of his works in stone and bronze.  “There is great liberation in free spirited abstract forms,” says David.  “As a Designer, I am beholden to a great many masters.  As an artist I don’t initially need to serve anyone but myself and only then hope that others share in my delight at what I’ve done.”  What he has done is taken island stone and reshaped it in an abstract way, giving the mundane a new perspective.  This innovative approach has not been seen in St John and represents a refreshing look at what native stone sculpture can be.  Also showing from the artist will be figurative nudes cast in bronze, further illustrating the artist’s depth and breadth of talent.

Moser has a passion for learning and a desire to share knowledge.  “I’ve put together a bit of a multi-media exhibit for the show.  I attached a GoPro to my head and filmed the sculpting and casting process from the maker’s perspective.  Looking into a white hot crucible of molten bronze is a view not seen by many.”  David adds, “Art and its product should not merely be a fait accompli.  I like to share the process, it’s a holistic approach for me.”

In the States, his designs can be seen in any of the six nationwide Moser showrooms including Freeport, Maine, Boston, New York City, Philadelphia, Washington D.C. and San Francisco. 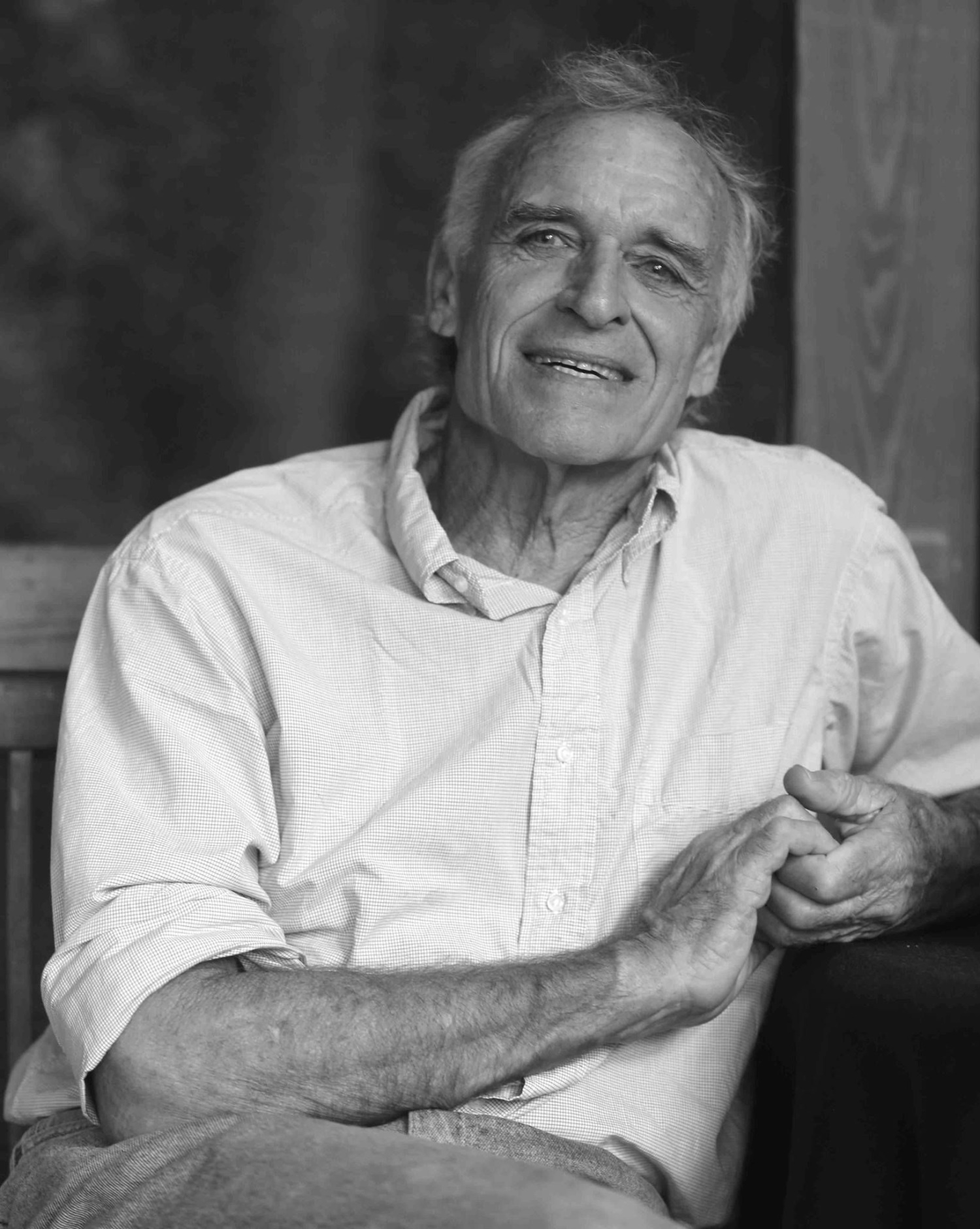 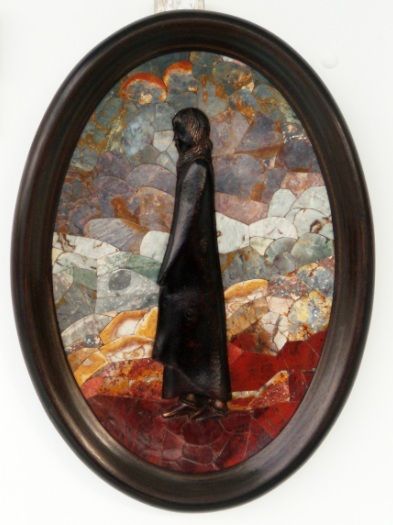 
"I am a carpenter and justify my life by the hour, to paraphrase Steinbeck.
A picture has sometimes moved me to make a carving, and some have become bronzes.  These two pieces came from images my sister sent me from Africa.   St. John has beautiful stones which I like to use to frame a bronze. The woman in the doorway in “Swahili Coast” shows her face only when home. “Witness” is a tribute to a young woman’s whose passing moved me."

John came to the Virgin Islands as a boat carpenter in 1990.  Since then he has been working on St. John as a house carpenter and then as a cabinet maker. “I have always enjoyed wood carving,” he said.  “I like to use local wood and stone.”

Most of his bronze pieces began as woodcarvings.   He first became interested in casting when he worked for a goldsmith in Northern California in 1968.  In 1991 and in 1997 he took classes in bronze casting, and in 2001 he worked at Bronze Works, a full-scale art foundry in Santa Cruz, California.